At Coined Cuisine, we’re all about improving your confidence in the kitchen.

Part of that confidence comes from – well – knowing what the heck some of these terms are.

Sauté, Blanch, Deglaze, Julienne, Reduce – many of these words do not have common sense meanings. Well, let this cooking dictionary be your guide! We will continuously update this post with terms used throughout coinedcuisine.com, as well as other words or phrases that are commonly used in recipes.

Do you have any suggestions for new word additions? Let me know in the comments!

An Italian term that translates as “to the tooth”. This is most commonly used in referring to pasta, but can also be applied to veggies or beans. Al Dente means to cook until tender but still firm to the bite.

To moisten your food while cooking with a liquid or fat. Most commonly used as a technique in cooking steak, where it is basted in butter during the grilling process.

Most commonly used when preparing vegetables. A process where something is cooking in boiling salted water for a few minutes and then immediately submerging in ice-cold water to stop the cooking process.

A method of partially baking a crust (without any filling added) to ensure the crust is completely cooked through after all fillings and toppings have been added. To ensure the surface of the crust does not bubble up while blind baking, prick the crust with a fork or add a pie weight on top.

To soak meat or vegetables in a salty solution before cooking. This tenderizes your ingredients before preparation.

A technique where food is exposed to a very hot, very dry heat. Most American ovens have a “broil” feature built-in. Many recipes call for a few minutes on broil at the end of the cooking process to create a beautiful brown crust on top.

Cooking sugar(s) until they form a liquid or syrup, with a color ranging from light brown to dark brown.

To quickly beat fat (normally butter) and sugar together, incorporating air into the mixture, until fully incorporated. This method is used a lot in dessert recipes.

Incorporating a solid fat (normally butter) into flour and salt/other seasonings. Used primarily in baking such as creating crusts.

A method of pouring a liquid (such as a stock or wine) into a pan to loosen the brown bits of meat or vegetables previously stuck to the bottom. Most commonly used to make a gravy or sauce.

Normally used in deep frying. This term refers to the act of evenly coating wet food in dry ingredients before cooking.

Combining two liquids that normally do not mix. A common example is when making homemade vinaigrette by mixing vinegar and olive oil.

A cooking/baking technique where temperamental/sensitive ingredients are gently mixed. Using a spatula, carefully combine the ingredients, taking care to not incorporate too much air into the mixture. Normally used for items like homemade whipped cream or egg whites.

To soak a food in liquid, until the ingredient takes on the flavor of the liquid. Can also refer to manually filling food with liquid to create the same effect.

A knife skill where food is cut into long, thin pieces that resemble matchsticks. Most commonly used on vegetables like carrots.

To press, roll, stretch, and fold dough into a malleable texture suitable for baking.

The art of infusing flavor into a food item (normally meat) using spices, liquid, or a combination of the two. The food sits for some time to allow the flavors to fully develop.

A knife skill where food is diced into small, uniform pieces. Used commonly for garlic or vegetables.

A French term that translates to “everything in place”. A strategy where all ingredients are organized and prepared before cooking to ensure a smooth cooking process (and to ensure the chef is not missing an ingredient.)

To crush and press ingredients against something to release juices and flavors. Most often used on fruit or herbs to create alcoholic drinks.

A cooking method where food is partially cooked to finish cooking at a later time. For example, many companies that produce frozen foods will parcook meals so that the customer can complete the cooking process at home and avoid overcooking.

A cooking method where food is partially baked to finish cooking at a later time. For example, baking a homemade pizza crust for a few minutes before adding toppings.

A cooking method where food is partially boiled to finish cooking at a later time. For example, boiling potatoes for a short time to speed up the cooking process and then finishing them by roasting in the oven.

An informal form of measurement where a small amount of an ingredient is grabbed and sprinkled/distributed over food. Roughly, a pinch of something equates to about 1/16 teaspoon.

A term of French origin; to blend food until it’s of a smooth consistency. Think – applesauce, mashed cauliflower, or hummus.

Cooking a liquid or sauce until evaporation occurs and the consistency thickens/flavor intensifies.

Normally used when cooking fatty proteins such as bacon, a technique where food is cooked over low heat until its drippings are released.

A French term that roughly translates as “to jump”. A cooking technique where food is cooked using a small amount of oil over high heat.

Similar to infusing, the act of soaking dry ingredient(s) in a liquid (normally warm) until the flavor is released into the liquid. Most commonly used with tea and vanilla beans.

A technique where the outer peel of citrus fruit is removed using a grater, peeler, or a knife. Normally used on lemons or limes to garnish or add more flavor to a dish. 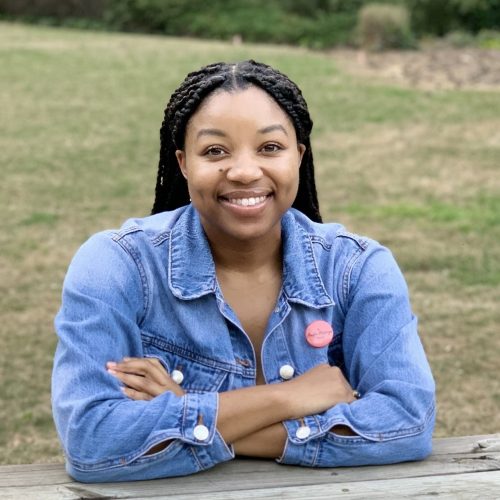 Think you can't make tasty recipes without spending a bag? I'm here to show you the Coined way of making delicious (and healthy) food!

Where food and finance collide. Time to grow your kitchen confidence!

Check out my new cookbook: Plate Night In! Head to www.coinedcuisine.com/shop to purchase. Dismiss